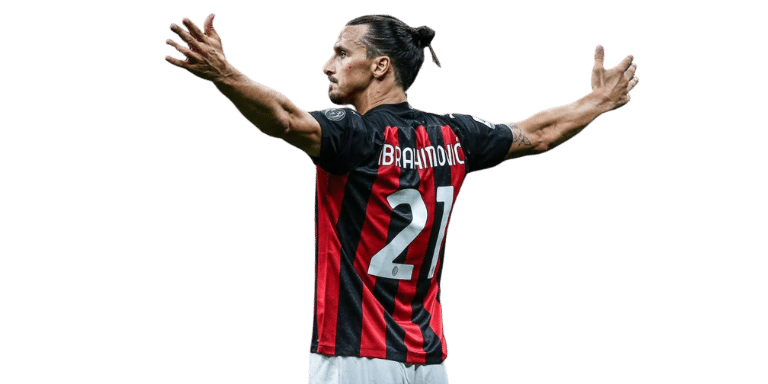 No doubt football is the biggest sport in the world. Half of the world population watched the FIFA world cup in 2018. Business of Zlatan

I don’t want to get sued for insulting his majesty, but it can be doubted if Zlatan Ibrahimovic is or was in fact ever the best player in the world?

But, he is no doubt one of the most entertaining and spectacular figures in the football business and one who earns a lot of money.

In this blog, we’ll talk about his strategies, transfers, sponsorships, and his personal investments in short THE BUSINESS OF BEING ZLATAN.

The confrontation with everything and everyone seems to inspire Zlatan.

As if the confrontation if necessary even the physical one was his way of coping with life.

He grew up in Rosengård, a poor social housing estate on the outskirts of Malmö, Sweden.

His Croatian mother married his Bosnian father mainly to obtain a residence permit for Sweden.

His parents separated when Zlatan was two years old, the mother earned her living by receiving stolen goods and suffered from paranoia and depression.

Soon the father took custody of the kids, but didn’t really care for them. Zlatan’s half-sister took drugs and the fridge was always empty.

But besides all those obstacles, Zlatan managed to embrace his situation and develop some traits that made him a highly successful athlete, in terms of performance and business.

When talking about the business of Zlatan Ibrahimovic, there is no way of getting around his agent.

Malmö’s sports director HASSE BORG took him under his wing and advised him against using an agent, not without personal motives.

When an offer from AJAX Amsterdam arrived, he first negotiated Zlatan’s salary in the Netherlands.

Only when Zlatan happily agreed to a monthly salary of 20,000 euros and a Mercedes company car did Borg turn to the AJAX bosses and got the highest transfer sum in the history of Swedish football for his club.

When Zlatan found out, how far below value he had sold himself something broke inside him and Hasse Borg had seen a father figure until then.

Now Borg had sold him like a piece of cattle and Zlatan made sure that this would never happen again to him.

When he was looking for a new consultant a friend journalist suggested two alternatives – Agency where David Beckham is or this Italian guy who manages Pavel Nedved, everyone says he’s a Mafioso.

Zlatan didn’t hesitate and arranged a meeting with the controversial MINO RAIOLA, the two immediately hit it off.

Like Zlatan, Raiola likes the bulldozer strategy to get his way.

In 2006 telephone calls between a YUVA manager and Raiola became public making it clear how Raiola forced Zlatan’s transfer from Amsterdam to Juventus.

First he made Zlatan boycott the Ajax training session. He then bullied the Amsterdam officials by letting them wait for two hours for a meeting just to enforce his point.

“Don’t worry, we’ll take him to Turin” Raiola has since succeeded in making his client one of the best paid players in the world.

Zlatan now knows his finances down to the last digit and is very much aware of his value. No one should ever rip him off again.

When he joined LA Galaxy he broke the record of best paid player in the major league soccer with over 7 million US dollars per year.

But this is still peanuts compared to the reported over 20 million he earned at Manchester United.

Not less impressive the transfer sums that clubs paid to have Zlatan in their squad.

In 2009 Barcelona spent almost 70 million euros for Zlatan making him the fourth most expensive player at that time.

Although he never broke a transfer record like Neymar or Ronaldo, the pure amount of expensive Zlatan transfers over the years is impressive.

So, far clubs have paid a total of 169 million euros for him.

Besides the numbers it is worth looking at the clubs that Zlatan has played for – Barcelona, Paris, Milan, LA all global cosmopolitan cities.

You can definitely live the good life in all of these places, so this might have been a reason but playing in these cities also increases the value that Zlatan has for brands.

To understand why you have to know that NIKE and ADIDAS have a so-called key city strategy.

Instead of pushing big national media campaigns, they focus on a small number of key cities.

Where they maximize the number of touch points with their consumers.

The theory is that, this creates strong ripple effects beyond those cities on a national and international scale by actively shaping trends as well as being relevant in the eye of influences and the media.

Nike for example expects the business in key cities to be responsible for 80% of its growth.

So, clubs and athletes from those cities are very likely to appear in brands campaigns and have a high value for sponsors and Zlatan didn’t play in just one but four key cities.

His eccentric personality further increases his value as an advertising phase.

When he signed with LA Galaxy he took out a full page from the LA times and simply wrote, “Dear LA, You’re welcome”.

His humour might be one of the reasons he is loved by many fans, combined with his ability to play with the media he attracts a lot of sponsorships.

Zlatan has done advertisements for many big companies like VISA, Volvo and Microsoft.

And in 2014 NIKE launched a big campaign called Dare to Zlatan that produced several viral videos.

Zlatan’s relationship with NIKE got some cracks in 2016, during the Euro cup he still played in Nike but trained in Adidas boots.

Later, he even switched from Nike to Adidas boots during the half time of a match.

Clearly showing that he didn’t care about getting a sponsorship deal.

It later turned out that he didn’t want to endorse a brand anymore because he was about to launch his own label.

Despite solid growth of his own brand A-Z Clothing brand (Amateur to Zlatan) in 2017, the brand had to shut down one year later and was no success, but this wasn’t Zlatan’s only venture.

In December 2011 his book I am Zlatan was published. It sold so well, that he published another one in 2018.

In 2019, he bought a quarter of the shares of Swedish Football club Hammarby IF (Hammarby Fotboll). To an outsider it may not seem like an obvious choice.

On closer inspection Zlatan’s move looks incredibly savvy and suggests he or whoever is advising him has been paying attention.

Insiders have praised the club to have the greatest potential to become the biggest in Scandinavia.

Even six-year old Zlatan knew how to make money although back then he focused on stealing bicycles.

Today he says that if he hadn’t become a professional football player he would probably have become a crook.

Luckily he didn’t have to pursue that path and managed to get on pretty well with his actual career.

While he is an extraordinary footballer his appeal for teams brand partnerships and his personal ventures is also strongly related to his unique character.

He always stays true to himself, even if that sometimes drives away sponsors and leads to unwise investments.

But most of his decisions turn out to be right and so Zlatan’s fridge will probably never be empty again.

About the Author, Samriddhi

Samriddhi is the women behind ceocolumn.com. She is an blogger & CA aspirant.
Thoughts and views expressed in any of the blogs or videos is personal and to be taken as any advice. The purpose of this website is to help people achieving business, finance and money knowledge.