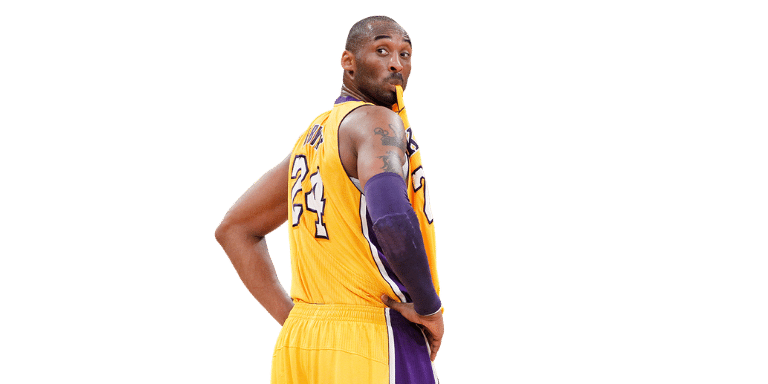 The city of Los Angeles glowed in gold and purple. The colours of the LA Lakers that Kobe wore for 20 years in the NBA. Business of Kobe Bryant

The colours in which he won five championships and inspired more than one generation of sports fans.

Kobe the 18-time NBA ulster was not only a gifted almost obsessive athlete who achieved just about every goal in his sport.

Kobe Bryant’s legacy extends beyond his time on the basketball court.

The relentless work ethic that drove Kobe’s two decades in the NBA also propelled his transformation into a business mogul, author and Oscar-winning filmmaker.

We tried our best to tell the story of Kobe’s business adventures. So, if you’re reading this article, then please read till the end and share if you find it useful.

Already during his active time Kobe developed into a commercial driving force of the NBA.

Kobe had a lasting impact on the success of NBA stars expanding their global brands into the extremely fast growing and lucrative Chinese market.

The Chinese basketball fans view many of today’s NBA superstars as demigods.

In large part Lebron James, Stephen Curry, and James Harden have to thank David stern, Yao Ming and Kobe Bryant for paving the way for the big pay checks they received for their engagement in China.

NBA hat DAVID STERN had already discovered China in the 80’s as a promising and lucrative market and had made deals with China state television.

In the early 2000s Yao Ming became the first Chinese star in the NBA which gave its popularity in China an immense boost.

The timing was perfect, Kobe’s career really took off and he became the most popular American star in China, even before Michael Jordan. He even sold more jerseys than Yao Ming.

Diligently Kobe travelled the country regularly to build his own brand with the Chinese people.

In his 20-year NBA career Kobe earned an estimated 328 million dollars and possibly just as much in his various businesses.

He diversified his career by entering into the investment world even before leaving the NBA.

Kobe made his first investment in the sports drink BODY ARMOUR.

He invested around 6 million dollars over the time for about 10 percent of the company.

Only four years later, the move turned out to be a jackpot.

Coca-Cola bought into BODY ARMOR, based on the valuation of the COCA-COLA deal, Kobe’s stake was then worth approximately 200 million dollars.

That deal was the biggest in the sports drink industry since PEPSI had acquired GATORADE in the year 2000.

Kobe got back 30 times the amount he invested.

This was the biggest return for a modern day athlete in the business world in a while.

To put it into perspective, Lebron James made 30 million dollars from a small stake in Beats by Dre, when it sold to apple.

Another pillar on which he built his investment activities is the venture capital firm BRYANT-STIBEL.

Kobe co-founded the firm along with Jeff Stibel the web.com founder.

The firm now has more than two billion dollars in assets.

It also has investments in EPIC GAMES the company behind Fortnite, KLARNA the digital payment company and THE HONEST COMPANY, Jessica Alba’s wellness brand.

With the juice press start up JUICERO, however it was reported that there was already at least one real flop among the investments.

Of course Kobe’s reputation as a superstar athlete and the brand builder has been one of the investment firm’s keys to success.

But he wasn’t just slapping his name on things for vanity.

According to the LA times, the venture capitalist and billionaire CHRIS SACCA was mentoring Kobe’s entry into the world of investment.

Sacca provided him with a bunch of books, videos, TED talks, and podcasts to study start-ups and investing.

Sacca recalled “literally at 3 am he would be on his treadmill and call me, his obsession with learning this stuff was so 24/7”.

Kobe was also a storyteller himself as a media and film producer.

In 2013 he founded KOBE STUDIOS, a company that produced podcasts, books, television and film projects.

The greatest success of the company, the short film “Dear Basketball” a love confession to Kobe’s sport.

The epic story is accompanied by “music by Hollywood legend John Williams”, the music guy from Star Wars.

THE MAMBA MENTALITY using the nickname he gave himself during his basketball career was released in late 2018.

In the book Kobe gives a deep insight into his mind set.

He describes how he was able to reach his monumental achievements.

And then, there is the MAMBA SPORTS academy, with this company he dedicated himself to a subject that must have been close to his heart, that sports is for everyone.

The academy offers training and coaching not only in basketball but also many other sports.

To us Kobe’s legacy is team work and the unconditional desire to win to be successful in life.

When asked by USA Today, if he thought hitting the winning shot in the playoffs or finding a winning company was more exciting, Kobe quickly answered, “it’s finding that winning company as an investor. Because I always expected to hit a game-winning shot growing up” Kobe’s 5-minute Oscar Winning short film: dearbasketball.com

1 thought on “The Business of Kobe Bryant – Athlete, Investor & Film-Maker.”