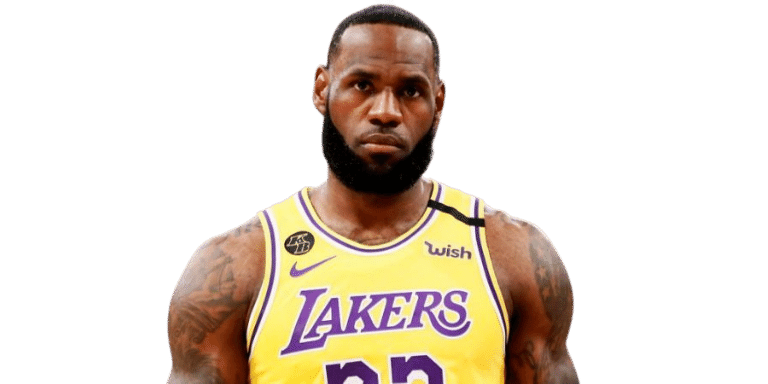 At the age of 18, Lebron James turned down a life-changing check of 10 million US dollars to sign with Reebok and returned to high school the next day.

As for who he signed for? Lebron James Business Model

The deal Lebron later would call, “THE BEST BUSINESS DECISION I’VE EVER MADE”.

Though only 18 this decision would act as a precedent for Lebron James future business ventures to put long-term legacy over short-term gains.

A strategy that would lead him to a business portfolio of some of the fastest growing companies in the world and reshape the way sports media work.

This is the story of how Lebron James went from the projects of AKRON OHIO to developing the strongest athlete value chain in all of sports.

As a high school student Lebron was one of the most highly anticipated NBA prospects in history.

Celebrities, sports stars, and even Nike co-founder Phil Knight all came to watch his games.

It was not uncommon for his hometown high school team to have games moved from their small gymnasium to larger arenas to meet demand, no matter the size all games would sell out.

In fact one game in his senior year sold out the 20,000 seat gunned arena, Home of the Cleveland Cavaliers.

The state’s NBA team who could only average an attendance of less than 12000 per game.

Yet whilst it seemed everyone else was profiting from the hype surrounding the chosen, one from ADIDAS paying only $15,000 to supply the high school with their products to ESPN showcasing Lebron to a national audience on his first televised game in December 2002.

Lebron as an amateur was making no financial return on these deals.

When the first opportunity to make serious money arose for Lebron in the form of a shoe war between NIKE, ADIDAS, and REEBOK he made the most of the media circus surrounding him.

As a senior Lebron started varying his brand choice, where all eyes were on his upcoming business decision.

Continually toying with the brands as meetings approached.

However in a sport, where business negotiations can be much like an early scene from Jerry Maguire.

In Lebron’s case money was not the main deciding factor for his business choices Lebron received offers incomparable to any other rookie in sports history.

To put this into perspective, Kobe Bryant coming off a winning three successive NBA championships only received a 40 million dollars four year deal from Nike that same year.

Yet despite the huge offer from Reebok unlike other athletes, Lebron realized something – “I was going to be making a deal for life. You don’t think about the first check, you think about all of them”.

This was the initial sign of the business mind-set that would shape Lebron into the man he is today.

He would end up signing with Nike on a 7-year 90 million dollar deal.

The temptations to follow in the footsteps of his idol MICHAEL JORDAN whose number 23 he’d worn on his jersey throughout high school and follow a similar branding and partnership deal with Nike in the future was an offer he felt he couldn’t turn down.

The long-term vision paid off.

In 2015, Lebron signed a lifetime deal with Nike with an estimated value of 1 billion dollars. The first of its kind in the company’s history.

Upon joining the league Lebron’s marketability continued to rise.

Coca-Cola, McDonald’s, Nike, they all wanted to get involved with Lebron and were willing to pay big.

By the end of 2003, he was the fourth highest endorsed athlete in the world.

Only Tiger Woods, Michael Schumacher, and David Beckham were being paid more of the field.

Yet despite this continued wealth sitting on a heap of cash just wasn’t Lebron’s style.

So, at the end of his second season in the league, Lebron took his biggest business risk yet.

Leaving his agent to go his own way creating a marketing agency with three of his hometown friends Rich Paul, Maverick Carter & Randy Mims, they called it LRMR.

By doing this, Lebron was taking control of his own business decisions allowing him to shape the narrative he portrayed to the public.

Despite this the league’s elite businessmen thought this was a terrible idea.

Yet it wasn’t, until Maverick carter was put in contact with Paul Wachter, the man who’d managed Arnold Schwarzenegger in becoming one of the most recognizable men on the planet that the connections of the group came into play.

Wachter began advising Lebron, demonstrating that partnerships are significantly more rewarding than simply taking a pay check on an endorsement.

Shaping the increased involvement in his advertising value chain.

This advice became an initial test for Lebron. If the company wasn’t one he wanted to partner with, he simply wouldn’t work with them.

So, when Lebron was introduced to the co-founder of beats electronics who showed him their new styles of earphones, Lebron was sold.

He supplied every member of team USA with a pair on their 21-hour flight from the states to Beijing.

When the team faced the cameras upon touching down in china, the discussion had been generated.

What the hell are these headphones all these stars are wearing? In terms of influential people.

Lebron helped to provide beats with the crucial organic launch they needed.

Lebron would later become a partner with beats and following their three billion dollar sale to apple in 2014 he took home over 30 million dollars proving long-term equity provides greater benefits than an endorsement pay check.

This increased involvement in the value chain also came into play when Lebron, Maverick carter and Paul Wachter met with Fenway Sports Group, who had just taken over Liverpool FC.

With the ambition to diversify the company’s marketing capabilities, carter tried selling the idea that Lebron was a franchise himself.

Upon agreement this two percent was worth an estimated seven million dollars.

As of Forbes 2019 evaluations, following Liverpool’s on-field successes this same 2 percent stake is worth over 43 million dollars.

Upon joining the Lakers in 2018, it was clear that Lebron’s motivation behind the move could be put down to his off the court business.

It’s no secret that LA is the media capital of the world.

The glitz and glamour of Hollywood movie studios resonates with people all over the globe, Lebron included.

In 2007 he and maverick carter founded SPRING HILL ENTERTAINMENT with the ambition to create the most culturally inspired brands, entertainment, and products.

The company has since had success in TV, film and audio projects including smash hit TOP BOY in partnership with music star Drake.

Yet the biggest success in the media industry for Lebron has been the creation of uninterrupted.

Lebron learned from his past experience with TV projects and wanted to provide athletes with the ability to speak freely without the restrictions major sports networks may provide.

But athlete empowerment is not the only goal Lebron pursued with uninterrupted.

The ability to own, control, and distribute your content is incredibly important in a world, where consumers spend most of the day watching, reading, or listening to media on their phones.

Lebron took inspiration from similar media companies founded by athletes such as THE PLAYERS TRIBUNE.

Those athletes leverage the opportunities given to them by social media and the internet and capitalize on a revolution that completely eliminates the middleman.

From a business perspective what Lebron does is classical vertical integration.

In 2012, it was announced that the sequel to the iconic space gym was being planned with Lebron as the star.

Yet Lebron waited on the film, establishing business partnerships with the production company Warner brothers first.

In 2015, uninterrupted received over 16 million dollars in investment led by Warner brothers as well as other partners before a script was finally agreed on in 2018.

As Lebron’s incredible career on the court is reaching its final years, it can be argued his business career is still in its early stages.

The question is what’s next?

There has been talk of potentially owning a team one day.

Likewise, his ambition to continue the outstanding work of his Lebron James foundation empowering children in his hometown.

But one thing is for certain, once the sneakers have been hung up and the final game has been played, it won’t be the last time we see Lebron.